Difference Between Java vs JavaScript 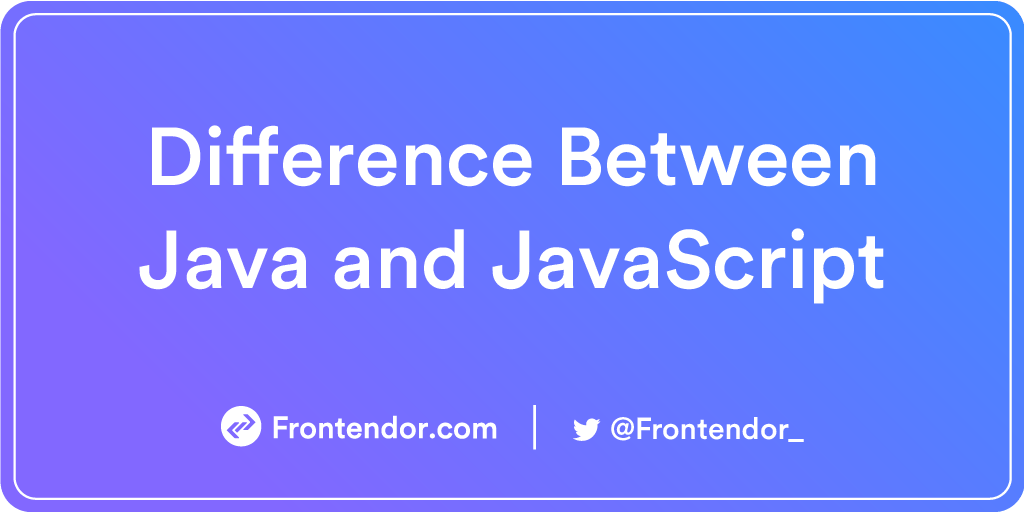 Many people think that since JavaScript has "Java" in its name they are both related in some way. While many codes groan at this coupling and many felt that this confusion of words was only part of the marketing gimmick, the history of these two popular programming languages ​​met briefly during Netscape's early days.

The emergence of two editing languages ​​took various forms from that point onwards that there is a common joke that Java is in JavaScript as ham is a hamster. But if you are reading this article, you are probably interested in a very useful explanation for these two popular languages, so let me compare the two.

JavaScript is a scripting language that is used to make web pages interactive. It can insert dynamic text into HTML. JavaScript is also known as the browser language. JavaScript (JS) is not the same as or not related to Java. Java and JavaScript ​​have C like a syntax and are widely used in Web applications on the client and server-side, but there are only a few similarities.

Java is an object-oriented programming language and has a virtual machine platform that allows you to create compiled programs that work on almost all platforms. Java has promised, "Write Once, Run Anywhere".

Java vs JavaScript Discussed In The Table Below:

As they are separated, there is a high level of similarity, which should be noted, especially when you look at web application development when comparing Java vs JavaScript.

Back-end development: Java and JavaScript ​​can be used on the server-side. Java has long been used to enable back-end technologies such as Apache, JBoss, and WebSphere. Node.js has become a start pad for JavaScript-enabled servers.

Save 200+ hours-worth of designing and coding. 100+ UI Blocks & 6+ Templates With Online Copy-Paste Tool.